It’s not about winning 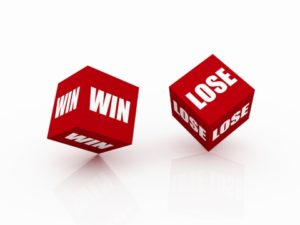 In a gamification strategy the goal is not winning. It’s about becoming, learning, growing.

There will be win states, but if you make the strategy about winning, then it becomes a competition and sports have that area developed and covered and it shouldn’t be the main objective of a gamified environment. If anything, the goal should be to NEVER win, like playing a game of tetris, where you keep getting bigger and better challenges.

According to Andrea Kuszewski (@AndreaKuszewski) “If you don’t spend the majority of your time, at the beginning of each project, finding what motivates your audience, YOU ARE DOING IT WRONG”. However in gamification what motivates the audience and the goal are not entirely the same thing.

There are 4 experience phases that (according to Yu Kai Chou) follow a good gamification strategy. People learn about whatever they are doing (Discovery), then they get on board with it (On Boarding), after, they start levelling up in skill and learning (Scaffolding) and finally they become masters and enter the hard part to design (The End Game).

In most cases, people don’t realise when they become masters of whatever they are involved. It just happens as a consequence of their hard work and growth. Unless it’s specific training, the goal is never set to become a master copy maker or a master student in math. However if we can change that approach, the goals and the motivation will come a lot closer and help each other out in the development of skills for the players.

As usual, the narrative (at least for me), is the one element that help clear this out perfectly simple. You don’t know how the book is going to end, but you keep on reading and learn a lot in the way and crave for the ending.

When building a gamified environment and you put the clear goal in the end, you can work with the obstacles to become the motivators to achieve that goal. This will help the brain of the players tackle the goal in smaller steps and therefore feeling it’s easier. This doesn’t mean they have to always see the main goal in front, but the smaller one and take things step by step.

Now, I said that the goal and the motivation are not entirely the same thing, however, in the end, when they are just one more challenge away from ending the game, the goal MUST become a powerful motivator and the reward should feel powerful from within.