Tickets are used to fine players who actively cheat. You shouldn’t punish players for making mistakes, that is part of learning from failure.

When you create a ticket, players will be locked out from being able to buy anything until they pay the fine.

If an activ challenge is open and the players need  to pay to attempt, those who have unpaid tickets won’t be able to do so until they clear the debt.

What happens if they are left with no money after they clear the debt and can’t keep advancing? Easy. Sidequests to the rescue.

To create a new ticket, simply use one of the shortctus from the class homepage or click Cooper

, then the ADD button and New Ticket. 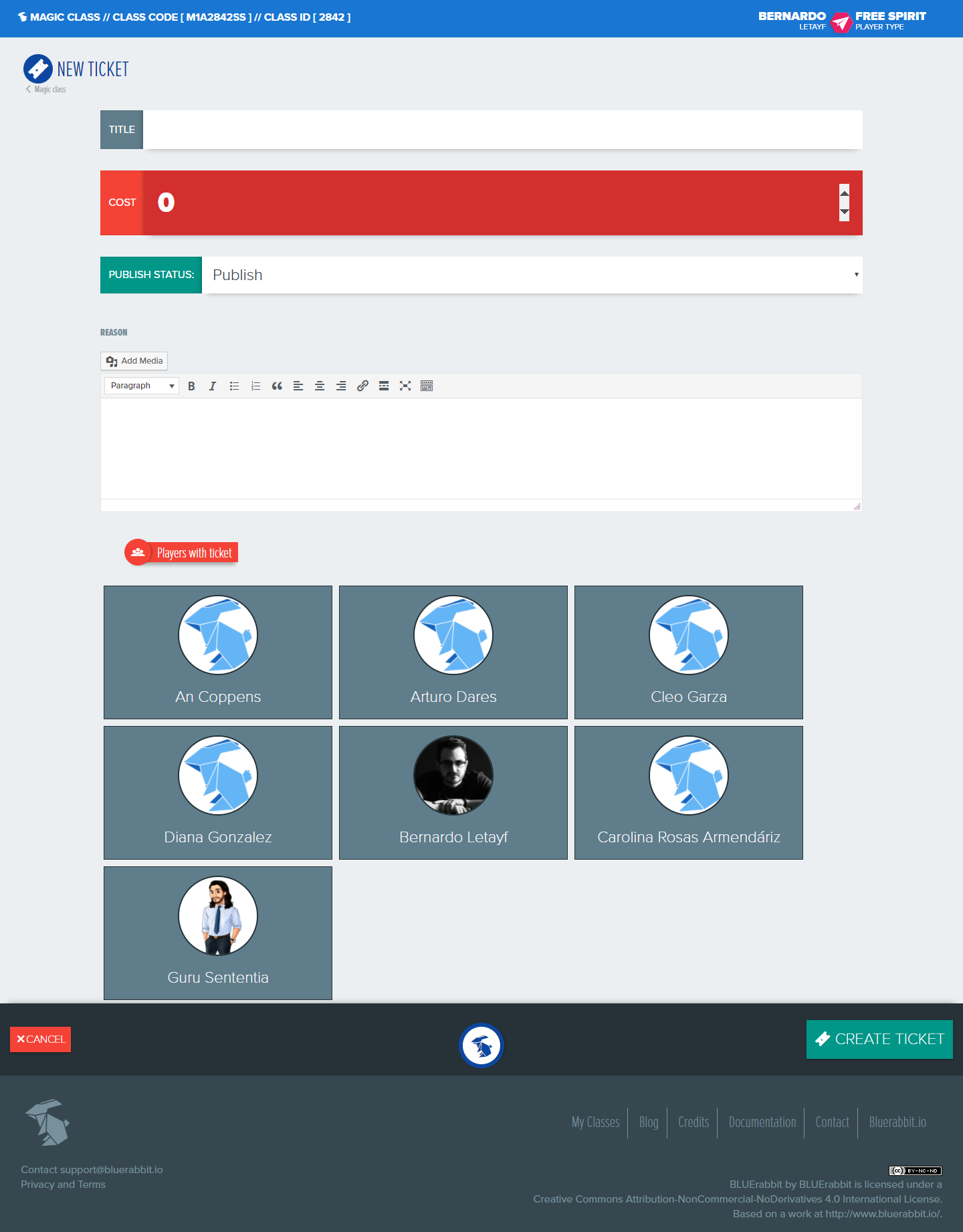 Adding a title is mostly as a reference. Players won’t care too much about the title as much as they will care about the cost.

In the reason field make sure to explain in detail what happened and if possible upload pictures of evidence. This will proof helpful with anyone involved around the ticket.

Below you can choose all players affected by the ticket. The same ticket can be applied to several players. Once the ticket is paid, the player won’t be able to be de-selected from this page (it would cause the matrix to fall apart)

Back to all Docs
Teams