The amount of experience points needed to level up in BLUERABBIT is designed as a LINEAR INCREMENT PROGRESSION. Follow this guidelines to know how many points to award each activity throughout the adventure. 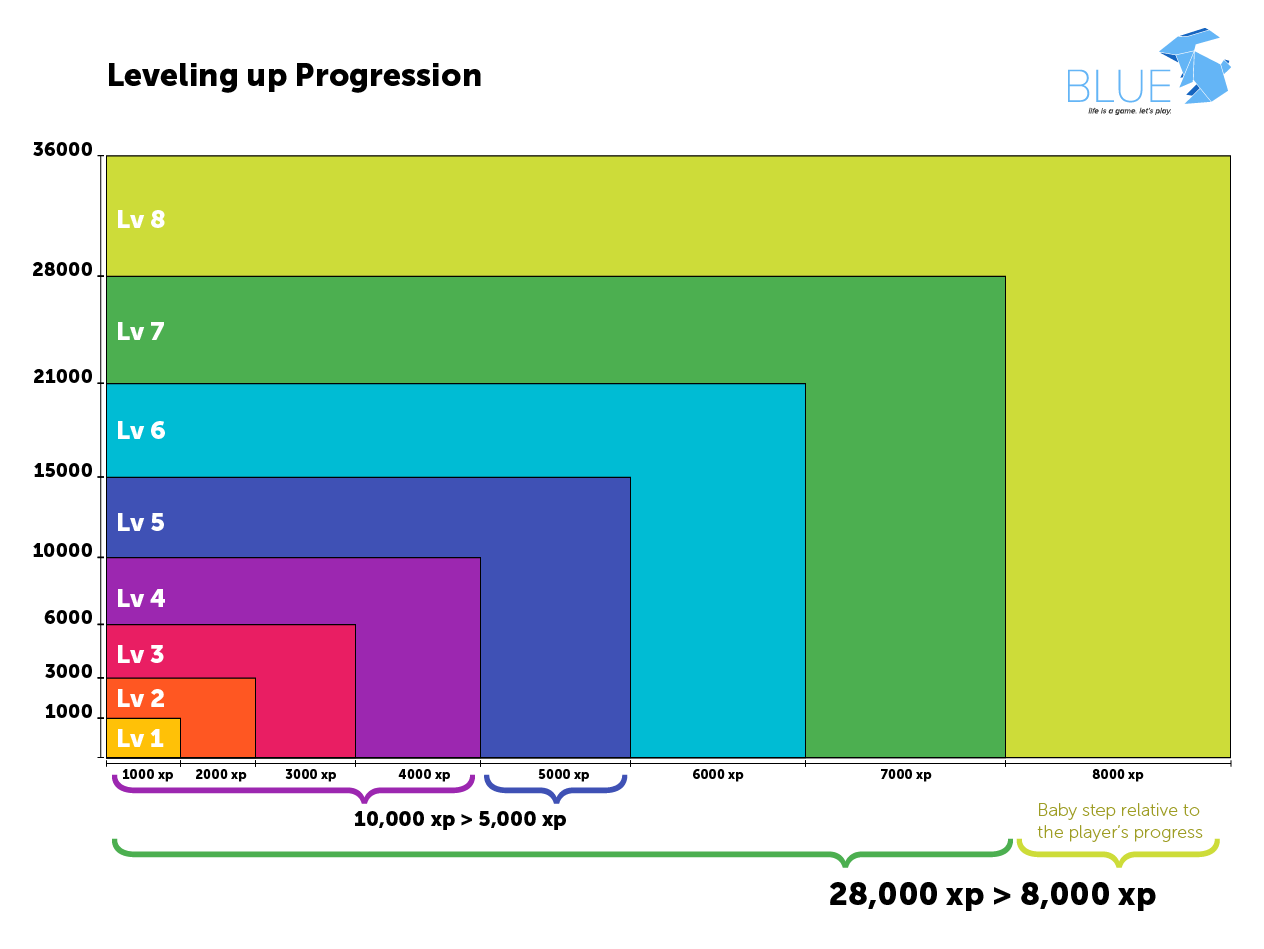 When creating a new quest, each time you click on the spinner for the required level, it calculates how much ADDED XP is needed to reach the next level. So if you make the current quest to reward 4,371,000 XP, the player would level up 93 levels.

Check the table for more accurate numbers. Remember, the first column shows the added XP while the last, shows the difference to the next level.

Our recommendation is to always keep XP reward to 3.5 Quests per level.

Meaning if you are designing for level 1, make three quests required to level up, then to go from level two to three you can make another three quests (that way you will be up to six so far right?). Then you make 5 quests to go from level three to level four and you will be left with 11 quests total for the first three levels, with .5 quests waiting to be used at level FOUR which still is good because you add THREE quests to get to level FIVE.

This Image explains two scenarios, one showing how to keep things under control by using 3.5 quests per level and NOT dragging XP to the following levels. The second one, shows how things got out of control and players can skip levels if played right, and trust us, they WILL play right. 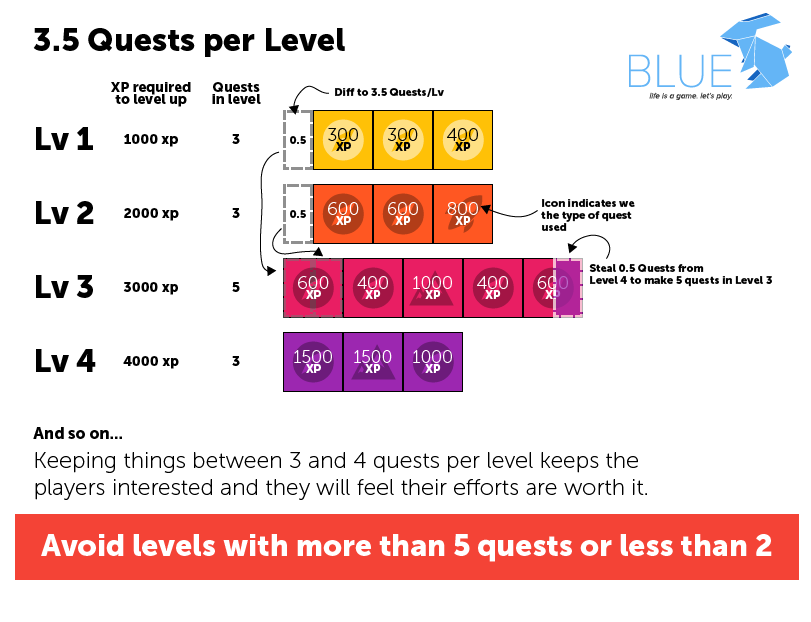 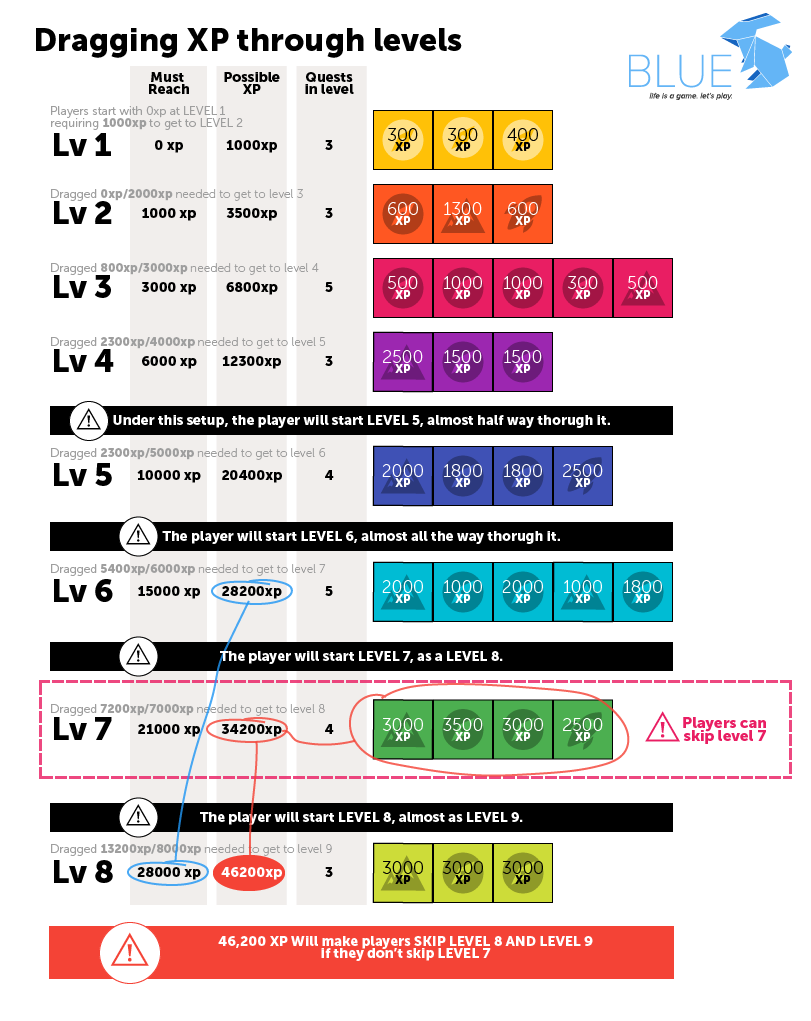 XP REQUIRED and ADDED THROUGH LEVELS

Back to all Docs
Virtual Currency

Try it for free. No commitment, no upfront, no nothing. Just register and start building.